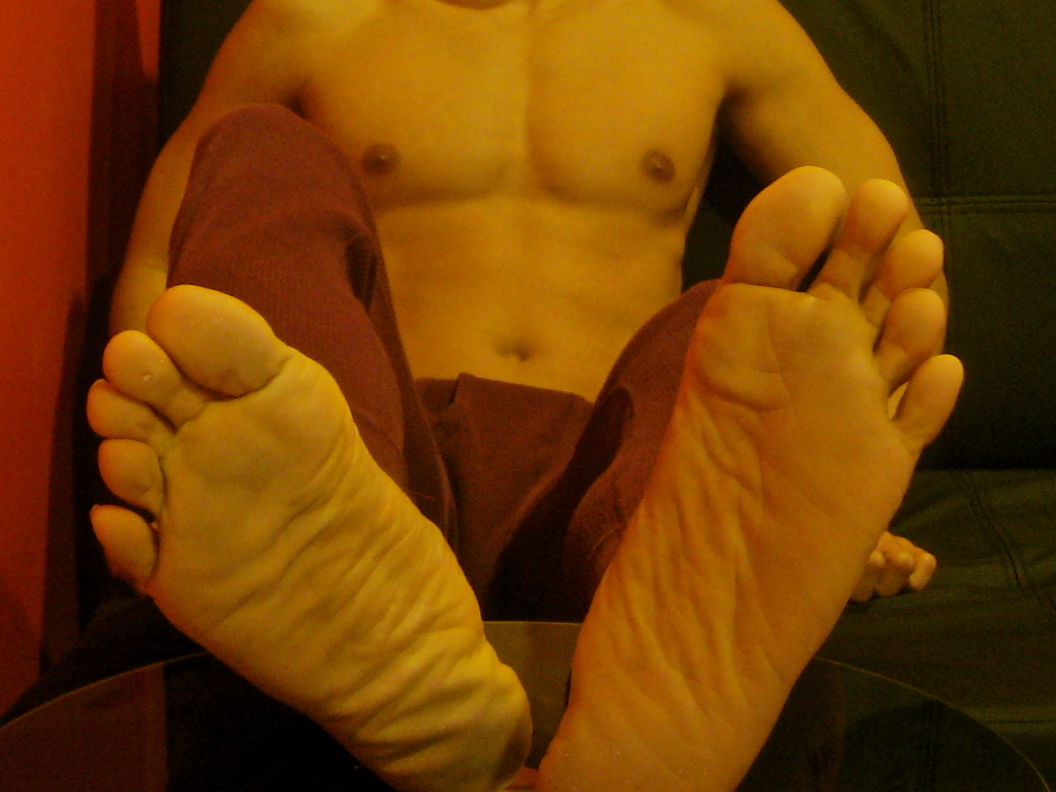 A 32 year old gentleman, presenting initially with a ‘dragging’ foot, rapidly progressed to become paraplegic within a year. Here, a case summary is presented initially, followed by the differential diagnosis for the clinical presentation. Investigations primarily showed combined central and peripheral demyelination which could have been secondary to the anti-CRMP5 antibodies found in his serum. Such antibodies are highly associated with malignancy and, as a consequence, our patient was extensively investigated for an occult neoplasm (which was not found). While the central and peripheral demyelination may have been secondary to an antibody-mediated paraneoplastic syndrome, other differentials such as autoimmune combined demyelination must also be considered.

Seven years ago, a previously well 32 year old Caucasian accountant started noticing an abnormal sensation in his right foot ‘as though his shoe was too big’. There had been no prodromal illness. Over the next three years, he gradually started dragging this foot until he was limping intermittently. At this point, his left hand and forearm developed a tremor. There was associated difficulty grasping objects. He had lost 15kg during this period. Soon after, his walking deteriorated rapidly and, within the span of a year, he was mobilizing using a wheelchair. Currently, he also complains of a right hand tremor, urinary frequency and urgency, blurring of vision especially on rightward gaze and rapidly becoming breathless on laughter. There is no significant past medical, drug or family history. He is independent with no formal carers and recently suffered a DVT secondary to immobility.

On general inspection, there was distal wasting in both upper and lower limbs and a resting tremor in both hands. Examination of the upper limbs revealed a velocity-dependent increase in tone at the right elbow, distal loss of power (table 1), brisk reflexes (table 2) and impaired coordination bilaterally with dysdiadochokinesis and tremor worsening on intention. Examination of the lower limbs showed an increase in tone at both ankles, significant weakness of hip flexion (table 1), a very brisk left knee reflex, an absent left ankle reflex and bilateral extensor plantar responses (table 2). Coordination was impaired bilaterally on the heel-to-toe test. Gait could not be assessed due to impaired mobility. Sensation of all modalities was unimpaired. Cranial nerve examination exhibited dysmetric saccades and dysarthric staccato speech. Jerky horizontal gaze-evoked nystagmus was present.

The signs observed may be attributed to a combination of lesions affecting the upper motoneurones (UMN) (as evidenced by spasticity, the very brisk left knee reflex and extensor plantars), the lower motoneurones (LMN) (the distal wasting and absent left ankle reflex) and the cerebellum (impaired coordination, staccato speech and characteristic nystagmus).

Table 1. A description of the power of the muscle groups of the upper and lower limbs.

Table 2. A description of the tendon reflexes observed in the upper and lower limbs.

Congenital diseases such as Friedreich ataxia may present in the above manner with prominent ataxia, pyramidal signs and distal muscle atrophy. Acquired causes include B12 deficiency causing subacute combined demyelination of the cord (causing the UMN signs), peripheral neuropathy (causing the LMN signs) and cerebellar dysfunction. Motoneurone disease, while accounting for the UMN and LMN signs and the lack of sensory signs, is unlikely to cause cerebellar pathology. The conus medullaris syndrome, in addition to the mixture of UMN and LMN signs, would also present with early bowel and bladder incontinence. In spite of Occam’s razor, it must be borne in mind that there may be two or more distinct pathological processes responsible for the widespread pathology.

As the clinical assessment suggested widespread pathology, investigations were organised to consider both central and peripheral pathology. An MRI scan to locate the source of the UMN signs showed multiple foci of demyelination in the brain parenchyma. Visual evoked potentials showed delayed conduction bilaterally, consistent with parenchymal demyelination.

The peripheral nervous system was investigated initially with electromyography which showed denervation and renervation of muscle fibre units, suggesting peripheral neuropathy. Nerve conduction studies showed a largely symmetrical slowing of velocities in the sensory and motoneurones of the upper and lower limbs, consistent with a demyelinating peripheral neuropathy. A sural nerve biopsy showed that most fibres were thinly myelinated, confirming this hypothesis. Rarely, a few degenerating axons were noted.

CSF analysis showed oligoclonal IgG bands similar to those in the serum, consistent with passive transfer of IgG from the serum, suggesting an antibody-mediated peripheral neuropathy. As a consequence, an autoantibody screen was perfomed and revealed the presence of anti-CRV2/CRMP5 antibodies.

Combined central and peripheral demyelination was noted as a consequence of the investigation findings. There are only a few pathologies that can cause such widespread demyelination and they will be discussed in the following section.

Anti-CV2/CRMP5 antibodies (collapsin response mediator protein 5) found in the patient’s serum have been well-established as responsible for paraneoplastic neurological syndromes including an axonal sensorimotor polyneuropathy, encephalomyelitis (causing central demyelination) and cerebellar degeneration [1]. Rarely, they have been reports of a mixed axonal-demyelinating neuropathy observed with anti-CV2/CRMP5 antibodies [2]. The patient’s nerve biopsy results may fit in with the latter picture. As the anti-CV2/CRMP5 antibodies are strongly associated with malignancy, especially small cell lung cancer and thymoma [3], an extensive work-up including an FDG-PET scan was commenced but no malignancy was discovered. A policy of ‘watchful surveillance’ is currently being followed with the patient undergoing regular scans to locate an underlying neoplasm.

Another possible cause of combined central and peripheral demyelination is an autoimmune syndrome described in a recent review [4]. Interestingly, Kawamura et al [5] showed that anti-neurofascin antibodies were fairly sensitive for such combined demyelination but not as specific. It would be interesting to investigate our patient for these antibodies. It is also possible that two distinct pathological processes such as primary progressive multiple sclerosis and chronic inflammatory demyelinating polyneuropathy [6] may be responsible for our patient’s symptoms.

After considering the above hypotheses, the aetiology in the current case remains unclear, although perhaps an anti-CRMP5-mediated paraneoplastic neurological syndrome is responsible. Management of his care has revolved around clearance of anti-CRMP5 antibodies or suppression of their production (table 3). Currently, his condition is managed with rituximab, propranolol (tremor), solifenacin (urinary urgency) and warfarin (venous thromboembolism prevention).

Table 3. A chronological description of the empirical immunosuppressive agents used.

1. Antibody-mediated paraneoplastic syndromes can present in a number of different ways, sometimes all of them in the same patient!

2. When confronted with evidence of widespread pathology on clinical assessment, it is important to start with investigations that are broad in their scope and then, based on their results, select investigations with narrower scope. For example, CSF analysis revealed antibody involvement, prompting the autoantibody screen that found the anti-CV2/ CRMP5 antibodies.

3. Occasionally, there is no definitive answer. The discovery of the anti-CRMP5 antibodies in the patient’s serum prompted investigation for an occult neoplasm that was not found and the management plan had to be based on watchful surveillance. This lead to considerable difficulty in managing patient expectations as there was significant uncertainty regarding the existence of the neoplasm and consequently, the prognosis. Clear communication with the patient proved to be crucial in navigating this tricky situation and is vital when definite answers cannot be provided.