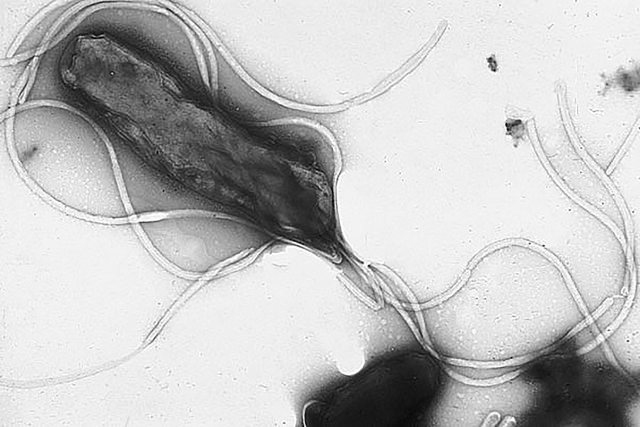 Communicable disease (CD) and non-communicable disease (NCD) are often thought of as separate, competing entities particularly when it comes to funding pipelines and interventions1,2 but the two classes of disease are in fact intimately related. Indeed, medical anthropologists and sociologists have long recognized that social determinants such as poverty serve as a common breeding ground for CDs and NCDs, but the relationship between the two kinds of diseases can be even more direct. This article explores the intimate symbiosis between CDs and NCDs through a range of illustrative examples. In some CD-NCD pairs, the CD either causes or is etiologically associated with an NCD; in others, the relationship is better characterized as bidirectional, with each disease worsening the outcomes of the other. From a broader perspective, these relationships also connect with each other in a larger web of various CD-NCD interactions. As a result of these synergies, integrating interventions against CDs and NCDs can produce better clinical results than treating them separately, and given the increasing overlap between the burdens of NCDs and CDs across the world, integration is now as crucial as ever.

Many CDs either cause or are strongly associated with an NCD, blurring the boundary between the pathologies of CDs and NCDs. For instance, some of the most well-studied CD-NCD relationships are those between infectious agents and human cancers. In fact, the first time a human virus was shown to cause cancer was in 1964, when Epstein-Barr Virus (EBV) was linked to Burkitt’s lymphoma3. Present in 90% of the global human population, EBV has since been associated with a wide range of other cancers, including Hodgkin’s disease, posttransplant lymphoproliferative disorder, and nasopharyngeal carcinoma4,5. As another example, human papilloma virus (HPV), the most common sexually transmitted virus, is also the most common cause of several cancers6. In fact, HPV is linked to 90% of cervical and anal cancers and about 70% of vaginal, vulvar, penile, and oropharyngeal cancers in the United States. In developing regions, too, almost all cases of cervical cancer are caused by HPV7. Like HPV, hepatitis B virus and hepatitis C virus can also cause cancer. They do so by disrupting cellular pathways regulating cell proliferation and apoptosis in hepatocytes, causing chronic hepatitis and liver cancer8,9,10,11. The list continues: Helicobacter pylori causes peptic ulcer disease and chronic gastritis, and case-control epidemiological studies have linked it to an increased risk of gastric cancer, the second most common cancer in the world12,13,14,15,16,17. The parasitic flatworm Schistosoma haematobium can cause bladder cancer by releasing catechol-estrogen, which can react with DNA and induce carcinogenic mutations18. Infectious agents, therefore, lurk behind many cancers.

Besides cancer, infectious agents are also associated with other NCDs. For instance, Borrelia burgdorferi induces Lyme disease and chronic Lyme arthritis19. Meanwhile, studies have implicated herpes simplex virus type 1 and Chlamydia pneumoniae in Alzheimer’s disease20,21. And although evidence is still scarce, studies have also hypothesized or suggested associations between mycoplasmas and rheumatoid arthritis, C. pneumonia and atherosclerosis, and EBV and multiple sclerosis22,23.

In each of these CD-NCD pairs, the role of an infectious agent in the etiology of an NCD implies that interventions against the NCD can be enhanced by coupling them to interventions against its underlying CD. Consider the causal relationship between HPV and cervical cancer. In order to address cervical cancer and other reproductive tract cancers effectively, we must also target HPV infection, particularly with the HPV vaccine. In the same vein, identifying, preventing, and treating hepatitis B virus and H. pylori infections can help prevent liver and gastric cancer, respectively. Thus, in cases where an CD can lead to an NCD, interventions against the NCD can be more effective when integrated with CD interventions.

We have seen how CDs can give rise to NCDs, but relationships between CDs and NCDs can also be bidirectional. Take, for instance, the case of TB and type 2 diabetes mellitus. Diabetes triples a person’s risk for TB infection and also elevates the risk of treatment failure and death24,25,26,27, partly by impairing a person’s immune response27,28. Specifically, diabetes impairs phagocyte chemotaxis, phagocytosis, and antigen presentation, and it might also adversely affect T-cell proliferation27,29. Conversely, TB infection can exacerbate poor glycemic control in people with diabetes by stimulating the release of cortisol and epinephrine, inducing hyperglycemia27,30.

Diabetes’s relationship with TB is not unique, but representative of a whole web of mutually reinforcing CD-NCD relationships. Chronic obstructive pulmonary disease (COPD) and alcohol-use disorder, for instance, also increase a person’s risk for TB and worsen TB treatment outcomes31,32,33,34. And diabetes predisposes people not just to TB, but also to flu-related complications such as pneumonia or sinus infections35. Like TB, the flu can then turn around and exacerbate the person’s pre-existing diabetic condition, completing a full circle of deleterious interactions36. But diabetes is not the only chronic medical condition associated with flu-related complications. Indeed, asthma, COPD, heart disease, liver disorders, metabolic disorders, and obesity all elevate people’s risk for flu-related complications37. In fact, 50% of patients hospitalized for flu-related complications in the 2014-2015 season had heart disease38.

Another example of CD-NCD synergy can be found in the two-way street between obesity and various communicable infections. Specifically, the etiology of obesity has infectious components, particularly adenovirus 36, which causes the upregulation of genes in adipocytes that promote lipid uptake and fatty acid synthesis39. Conversely, obesity can predispose people to a wide range of other infections such as nosocomial infections and cellulitis40. It does so by causing respiratory tract issues, disrupting wound healing, and impairing the immune system, among other effects40. As such, obesity is connected to infections both upstream and downstream of its pathology. To make matters even more complex, obesity is associated with diabetes mellitus, which, as previously discussed, brings its own burden of CD-NCD relationships40. The web of interrelated CD-NCD interactions is busy and complicated indeed.

Because of the reinforcing, bidirectional relationships between certain CDs and NCDs, interventions that target the two together rather than separately can produce better clinical outcomes. In the case of TB and diabetes, for example, integrated intervention can effectively reduce incidences of TB and the suffering caused by poor glucose control2,26. In particular, people with diabetes could be monitored for TB and vice versa, leading to earlier detection and better clinical outcomes.34 Awareness of diabetes-TB interactions can also make treatment plans more effective. For instance, awareness that diabetes reduces absorption of rifampicin and that rifampicin can cause hyperglycemia can help clinicians choose other, more effective treatment regimens for people with both diabetes and TB27,41. Other CD-NCD pairs could likewise benefit from integrated interventions. For instance, people with heart disease could be advised to get the influenza and pneumococcal vaccines. Similarly, people with COPD could be screened for TB in areas with significant TB prevalence, and those with TB could receive interventions to mitigate the risk of developing COPD.  Just as NCDs and CDs can reinforce each other, so too can their interventions.

These examples of CD-NCD relationships thus illustrate that CDs and NCDs can affect each other in ways more profound than we often realize19. Medical anthropologists and sociologists have already established that the populations most at risk for CDs are often the same populations that bear high burdens of NCDs because social forces such as poverty elevate people’s risk for both kinds of illnesses by restricting access to healthcare resources42,43,44,45. But as the CD-NCD relationships in this article demonstrate, CDs and NCDs have overlapping risk populations not merely because of common determinants, but also because direct—indeed, sometimes causal—connections can exist between the two. CDs can cause or exacerbate NCDs, and NCDs can elevate people’s vulnerability to infection and help perpetuate epidemics in a population.

These deleterious CD-NCD interactions are compounded by the increasing prevalence of NCDs around the world and the widening epidemiological overlap between NCDs and CDs. In fact, nearly 80% of NCD deaths now occur in low- and middle- income countries, which also bear the greatest burden of CDs46,47. In Europe, too, more TB infections are attributed to NCDs than to HIV34.

Under these circumstances, it is ever more crucial to be cognizant of the symbiosis between NCDs and CDs and to integrate interventions and care for NCDs and CDs. Indeed, NCDs and CDs are not disparate entities as they historically are seen1,but rather interrelated entities that necessitate concerted intervention in terms of both screening and treatment. Although integrating NCD and CD care is certainly no small task, especially in resource-poor settings, the potential benefits reaped from pooling resources, increasing coordination of care, detecting cases early, and improving treatment outcomes are great.

26 Harries A.D., Lonnroth K. (2011). Collaborative framework for care and control of tuberculosis and diabetes. Geneva, Switzerland: The World Health Organization and the International Union Against Tuberculosis and Lung Disease. Retrieved January 20, 2016, from http://apps.who.int/iris/bitstream/10665/44698/1/9789241502252_eng.pdf.