“If the location, connections and contents of every neuron in the brain were known in great detail, then it would be possible to use that information to describe every function of the brain perfectly.” 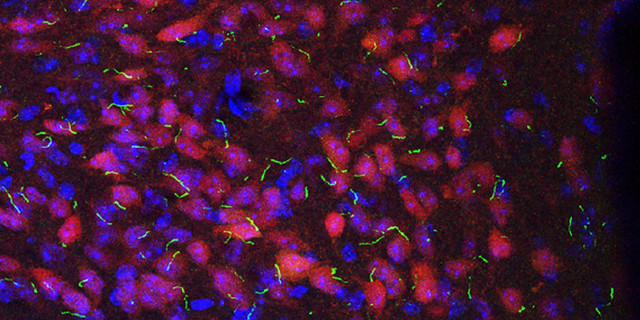 In 1980, Allan Selverston wrote that to truly understand a neural network, we must fulfill four criteria [1]. We need to know which neurons are in that network, their cellular properties, their connections to other neurons, and the properties of those synapses. 32 years later, Koch predicted that for a network with 100 components, this would take 2000 years [2]. The human brain is thought to have around 86.1 billion neurons [3]. But even if we did comprehensively elucidate the architecture of the human brain, would we then understand its every function in perfect detail? The current furor surrounding connectomics would suggest yes, but in this essay I’ll attempt to show that the influence of inter-individual variability, development, plasticity and glial cells means that we’d require much more than a single generalised structural map of the neurons in the brain to achieve this goal.

The crustacean stomatogastric ganglion (STG) is a network of neurons controlling muscle contractions of the stomach, and is the best understood neural circuit in science. It contains about 30 neurons, which have been individually named and characterised, and we know all their connections and neurotransmitters. We know that cells in the gastric circuit within the STG fire in a biphasic rhythm, and those in the pyloric circuit have a triphasic rhythm. However, variability between animals, even within a species, means that we cannot with great accuracy predict the individual electrical behaviour of many of these neurons. For example, Weimann, Meyrand and Marder in 1991 examined 49 preparations and found that the anterior median neuron (AM) had a pyloric, triphasic rhythm in 50%, and a gastric, biphasic rhythm in the others [4]. This variation in behaviour appears to be due to varying ion conductances [5][6], so in order to predict brain function even on an electrical output level, we would need each neuron’s ion channel densities, not just their location, contents and connections. Moreover, we would need to know these separately for each individual, since they vary so widely.

Part of this variability not accounted for by conductance differences may be due to developmental differences. It is well known that at least some synapses are formed in an activity-dependant manner; this is why ocular dominance columns are disrupted in the visual cortex of monocularly deprived kittens [7], and why children with uncorrected squints develop amblyopia, becoming functionally blind in the affected eye. More subtle differences in development also affect both architecture and function of neural circuits. In rats with poorer mother-pup bonding, there is decreased dendritic arborisation in the CA1 area of the hippocampus, and poorer performancy in the Morris water maze, a classic test of spatial learning [8]. Since we do not all have identical childhood experiences, our brain architecture as adults cannot be expected to be the consistent between individuals, and hence we now must add ‘effects of development’ to the list of variables we must know to understand brain function perfectly. A single map of ‘the’ human brain would not suffice, as each is so different.

Whilst neural architecture clearly changes during childhood, it does not stop there. Adult rats who are put under stress that they cannot control themselves develop decreased dendritic arbor in the infralimbic cortex, and increased in the amygdala [9]. Plasticity can be shortterm, and contribute to patterning of synaptic activity and network output, or long-term, and perhaps underlie memory and learning. For example, long-term potentiation (LTP) occurs when high frequency stimulation causes prolonged opening of NMDA receptors, resulting in a relatively large influx of calcium ions. Calcium-bound calmodulin then activates kinases, which phosphorylate AMPA receptors allowing them to fuse with the membrane, hence increasing excitability. We also know that there is a threshold for this stimulation to cause LTP, and we know that this threshold is itself plastic, to prevent innocuous inputs acquiring false salience and excitotoxicity, according to the Bienenstock, Cooper and Munro theory of metaplasticity [10]. Does it hold, then, that if we know exactly what inputs a synapse receives, how frequent, and how strong, we can accurately predict exactly when LTP will occur and hence plasticity need not be a barrier to our inferring the brain’s function from its architecture? I would argue not; whilst we have a fairly clear idea of the process of LTP induction, we know much less about the mechanisms by which it is maintained. Thus we could perhaps predict when LTP would occur, but not its decay. Indeed, the duration of LTP maintenance appears to be very variable between individual preparations, even with the same stimulation given [11][12]. A snapshot of a brain’s neural architecture would be accurate for a single moment in time only, and plasticity would make it obsolete almost immediately.

Finally, and perhaps most importantly, we could never completely understand the brain’s function until we understand glia. Glial cells make up at least 50% of the cellular component of our brains, and are dynamic participants in the brain’s most critical activities. Astrocytes are the most numerous glial cells, and have various roles with different subtypes in different brain regions. They are involved in synaptic pruning and synaptic maturation (through cholesterol production), both processes key to development and plasticity of neurons. Astrocytes are connected in a syncytium via gap junctions, and have been proposed to be responsible for metaplasticity; they were found to propagate calcium waves between them in the strata radiata of CA1 when stimulation was applied to neurons in the strata oriens. The LTP-priming effect of this stimulation was abolished when a gap junction blocker or an adenosine receptor antagonist was applied, as were the calcium waves in the astrocytes [13]. This suggests astrocytes have some control over neural activity, so must be included in any effort to elucidate brain functions. Further evidence for astrocytes having a key functional role came from an ambitious experiment grafting human glial progenitor cells into neonatal mice. At adulthood, these cells had differentiated into mature astrocytes with human morphology, and fully integrated into the mouse brain. The chimaeric mice showed enhanced LTP, and improved learning and memory [14].

Astrocytes can differentiate from oligodendrocyte progenitor cells (OPCs), as can oligodendrocytes themselves, cells which provide the myelin sheath to axons in the brain [15]. The structure of this myelin sheath, and especially the spacing between the nodes where ion conduction occurs, is key to transmission speed. In the cochlea, myelination patterns are used to allow for delays in propagation and to facilitate sound localisation [16]. Not only is the development of specific myelination patterns important for normal function, but white matter itself is also plastic; preventing active central myelination in adult mice, without affecting existing white matter, prevented them from learning a new motor skill [17]. In humans also, diffusion tensor imaging showed white matter plasticity in adults learning to juggle [18].

A third type of glial cell is microglia, which represent 10% of cells in the brain, and develop alongside neurons. They have a role in brain injury and illness, but are also implicated in synaptic function. For example, light deprivation altered the morphology of microglia in the visual cortex of mice, increasing the number of phagocytic structures and processes apposed to synaptic clefts. Light exposure reversed this, indicating that microglia interact with neurons in different ways depending on sensory experience, and perhaps contribute to synaptic plasticity [19]. Furthermore, when microglia are selectively depleted in adult mice, the animals develop deficits in many learning tasks, supporting an acute role in plasticity. There have even been attempts to employ microglia in explaining the gut-brain axis. This is the hypothesis that systemic inflammation affects the brain and can predispose to or trigger mental illnesses such as schizophrenia, possibly by leaving microglia in a primed or heightened state, causing an exaggerated response to further challenge and perhaps neuronal apoptosis [20]. Some authors have suggested that dysbiosis is the source of this systemic inflammation, as increased levels of a metabolite produced by Clostridium species, a common component of gut flora, is found in the urine of schizophrenia patients [21], and normal gut microbiota are required for normal brain development [22].

It is clear, then, that there are many variables determining brain function, both on a cellular and systems level, besides neuron location, connections and contents. Even if we could gather such detailed information, even if we had individualised ‘brain maps’ that were accurate to each person, we would be naïve to ignore non-neuronal influences on activity, such as glial cells and perhaps microbiota in the gut. This is not to say that such knowledge would not be useful, merely that connectomics and understanding of cellular properties are a crucial foundation, a first step in truly comprehending all functions of the brain.

[5] Golowasch, J., Abbott, L.F., and Marder, E. (1999). Activity-Dependent Regulation of Potassium Currents in an Identified Neuron of the Stomatogastric Ganglion of the Crab Cancer borealis. The Journal of Neuroscience 19, RC33-RC33.

[21] Shaw, W. (2010). Increased urinary excretion of a 3-(3-hydroxyphenyl)-3-hydroxypropionic acid (HPHPA), an abnormal phenylalanine metabolite of Clostridia spp. in the gastrointestinal tract, in urine samples from patients with autism and schizophrenia. Nutr Neurosci 13, 135-143.