Optogenetics: A vision of the future of Neurology? 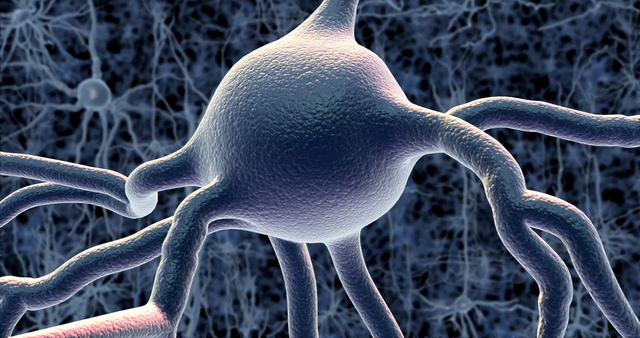 In 1979, Nobel laureate Francis Crick published a paper discussing progress in neuroscience. Describing the subject as “profoundly mysterious”, he speculated on new methods of investigating the brain, including the ability to inactivate one type of neuron whilst leaving the others “more or less unaltered” [1]. Crick is not alone; for years the mammalian brain has dumbfounded researchers [1,2]. In the human, a hundred billion neuronal parts and myriad connections lead to an interconnected system of a level of unparalleled complexity [3]. This system is responsible for poetry, music and art and gives rise to consciousness, memory and countless other phenomena. It is also the victim of a vast array of devastating pathologies [4].

Of course, this mystery inspires curiosity, and the brain is intensely studied. However, given its complexity, the brain is still relatively poorly understood, and new tools are desperately needed to further elucidate its physiology and generate novel therapeutic approaches to treat the spectrum of pathologies known to plague this organ [3].

In this essay, I will present the argument that Optogenetics, the expression of photosensitive opsins in neurons, allowing light-triggered neuronal activation or inactivation, may be one such tool [5]. I will begin by presenting the fundamental principles and research concerning this method before exploring its potential applications in the clinical setting.

This technique rests on the function of opsins, microbial transmembrane proteins which, upon stimulation with light, shuttle ions through membranes creating a photocurrent [5,6, Fig.1]. In microbes, this allows swimming direction to be changed in response to light, amongst other behaviours [6]. The application of this phenomena in neurons, which depend on changes in membrane potential for their function, was demonstrated in a 2005 seminal paper [7]. Since this pioneering work, optogenetics has provided an unparalleled peek into the inner workings of the brain and was awarded the 2013 Brain Prize [8].

Since these early experiments, the optogenetic ‘toolbox’ has expanded considerably [10]. Additions include an expanding catologue of opsins, offering more precise control. For example, engineering of channelrhodopsins has produced variants capable of extremely high frequency firing, allowing matching of one light pulse to one neural spike, mitigating the potential confounding effect of inadvertently stimulating double spikes with one pulse of light.[11]. This is only a striking example of the wide array of opsins available in four functional categories of fast excitation, fast inhibition, bistable modulation and control of intracellular signalling and how they are being used to convey finer control of optogenetic methodology [12].

Further to the increasing availibility of different opsins, there are also various delivery strategies for targeted expression of opsins in the desired cells [13]. As mentioned above, lentiviral transfection was used in Deiserroth et al’s seminal paper. Along with adenoviral infection, this method constitutes that most widely applied in the literature [12].

Though at first viral vectors were thought to be an unsafe option for neurological applications in the human context, Adenoviral vectors have been shown to have a good safety profile as evidenced by early clinical trial findings [14].

An appreciation of the methods employed in optogenetics will be absolutely vital to future efforts to utilise this technology in clinical neurology. This knowledge will inform the creation of ingenious fundamental research approaches. Additionally, any therapeutic clinical application will depend on overcoming safety concerns associated with viral vectors [12,15,16].

FROM BENCH TO BEDSIDE

The increasing theoretical and methodological framework of optogenetics, as described, is paving the way for its application to the field of clinical neurology. It could have many applications, both as a therapy and a fundamental research tool with the potential to profoundly inform future therapeutic strategies [13].

Optogenetics as a research tool. Already, optogenetics has begun to provide a richer understanding of fundamental neuroscience of critical importance to treating neurological disease [17,18].

In a paper exemplifying the power of optogenetics to illuminate the involvement of certain neural circuits in disease, researchers targeted neaural circuits in the amygdala suspected of being involved in anxiety. Indeed, manipulation of these circuits produced changes in anxiety as measured by an established assay [9]. While not providing a complete mechanistic explanation of anxiety, this study provides encouragment that we are edging closer to unravelling the mystery of psychiatric diseases, bringing the impact of optogenetics closer to clinical application.

This methodology can also enable the exploration of the physiological functions of neurons, with selective inhibition and activation allowing loss and gain-of-function studies in a targeted and controlled manner.

This research largely addresses the murine system, and comes with the associated provisos. Namely, mice models are becoming increasingly recognised as insufficient to model human disease [19,20].

If mouse models are suboptimal, and we presume ethical concerns are a barrier to direct initial in vivo research of human brain tissue using optogenetics, where should we conduct optogenetics research both to provide fundamental insights into disease and validation of its efficacy as a therapeutic option?

Induced Pluripotent Stem Cells (iPSCs) may provide a useful medium to achieve these goals. iPSCs were first derived in 2006 from mouse fibroblasts, closely followed by human iPSCs [21,22]. These cells have since been intensely studied, as the prospect of being able to create cells genetically identical to patients form their own skin samples (or other cell types) provides a potential source of stem cells for therapeutic application without the ethical barriers of other cell types [23].

Creation of disease in a dish models (DIDMs) is one such application of iPSCs [24]. This method involves generating somatic cells from iPSCs derived from a patient with a genetic disease, and has been applied to various pathologies, producing DIDMs with features characteristic of the pathology in question, including neurological diseases such as Motor Neuron Disease (MND) and Alzheimer’s disease [24-30].

These DIDMs offer a possible subject for optogenetics-based investigations more relevant to the human system than mouse or other animal models, allowing in vivo manipulation of neuronal and glial cultures using optogenetics, providing a platform for fundamental and preclinical research [31].

OPTOGENETICS AS A THERAPY

The above considers optogenetics in terms of providing a research tool; what of its direct application as a therapy?

Epilepsy is one potential candidate for optogenetics-based therapies. The pathology of Epilepsy is thought to be underlied by epileptogenic networks comprised of hyperexcitable neurons [32]. It is therefore plausible that optogenetic-triggered hyperpolarisation could prevent action potential in these neurons thereby preventing epiliptiform activity. Indeed, it has been shown in mouse models of pharmacoresistant epilepsy that this is in fact the case, with prevention of epileptiform activity upon optical stimulation in a targeted neuronal population [33]. Though the lentiviral transduction method used in this study may present barriers to the clinic, the principle appears sound.

Innovative studies in the mouse model have began exploring a system wherein spontaneous epileptiform activity is detected and responded to by light delivery, an approach which provides close temporal matching of pathological events and therapy. It is thought that this could negate possible side-effects caused by current, systemic pharmacological treatments and overall improve outcomes [34].

The applicability of this approach has to be considered carefully. The heterogeneity of epilepsy, comprising a spectrum of types, makes the generalisability of results from one system dubious [35]. Further, mouse model-based studies are the foundation of most current work, raising their clinical relevance to question [2,34]. Emerging therapies will also face the challenge of proving to be more efficacious than current epilepsy treatment, which is reasonably effective [35]. However, such new approaches may be of particular utility in patients with epilepsy unresponsive to current treatments.

This example touches on the potential of optogenetics to benefit patients, and illustrates principles which it is thought could be applied to conditions like depression, retinits pigmentosa and Parkinson’s disease [36-41].

Optogenetics has come to be recognised as an extremely useful research tool, producing results of great significance to the field of neurology [40]. Its direct application to the clinical setting still has barriers to overcome. Continued use and refinement of optogenetic protocols mean this technique may soon cross the barrier from neuroscience to neurology, but its impact has already been felt by both fields.

Although explored extensively in separate sections, throughout this essay I have discussed the basic scientific concepts and clinical promise of optogenetics together at some points. This approach is imperative in considering the translation of a scientific method to the clinic; aspects of the method restrict and inform clinical use, with clinical considerations in turn shaping research applications.

Due to space considerations it would be impossible to adequately discuss all facets of this subject area, as evidenced by the profligation of literature entries discussing optogenetics [42]. Instead I have used examples to illustrate the underlying principles as clearly as possible.

Over 30 years later, Crick’s statement seems prescient. Optogenetics may just be beginning to provide the tools needed to lay bare the awesome complexity of the human brain.